5 Reasons Why Every Teen Should Take a Career Test

Taking an aptitude test might be the last thing a teenager wants to do. Not only will they likely want to avoid anything with the word ‘test’ in the title, but they might reasonably assume that they’re too young to figure out what they want to do for the rest of their lives. However, a career quiz is available to determine aptitude, skills, and interests, as opposed to dictating which direction a young person’s life should go in.

At Goodwill Industries of Monocacy Valley, we offer free career tests for adults and students alike, and our staff has personally witnessed how the questions and results can tune people into what they’re good at and show them the next step they should take. 1. It Gives You an Overview

Most people already know what they’re good at (to a certain extent). In addition, there are some people out there who have always known what they wanted to do for a living. However, for most of us, we didn’t know at the age of 5 that we were going to be a police officer or an engineer. Many teenagers may see their skills as little more than a hodge podge.

For instance, maybe they like working with children, playing the flute, and doing algebra. At first glance, all of these interests may not seem to add up to a viable career.

A test can give the teenager a general idea of how they can channel their talents into their profession. It’s also a good way to get young people thinking about how different jobs work. It can even expose them to the wide range of jobs out there, even if they don’t mention it explicitly to the teen.

For instance, few career tests are going to directly recommend to a test taker that they should test video games for a living, but the results may reveal that the teenager has the kind of patience and detail-oriented personality that would turn out to be just right for this type of job. If the teenager in question just so happens to love playing video games in their spare time, well that’s just icing on the cake.

2. The Results May Boost Confidence

At Goodwill Industries of Monocacy Valley, we’ve seen just how great people feel after seeing their results. Scoring high in a certain area can be a confidence boost for anyone, no matter how old they are. For teenagers who take a free career test, they can easily see this as proof of what they’ve been saying about themselves all along.

We all have our strengths, no matter who we are or where we come from. Having it confirmed in writing gives someone an extra spring in their step, which can help them on whatever course they choose next.

Whether it’s going onto an advanced degree, starting an apprenticeship, or taking a gap year, the outcome of a career test is something that the teen will have in their back pocket. When they speak with employers who want to know why they’re interested in a particular position, they’ll know exactly how to answer.

They can elaborate on the answer with their own experiences and dreams too, which can show the employer that they’ve thought through the next phase in their life and they’re ready for the responsibility.

3. Learn More About Your Personality

In an age of technical skills, we can sometimes ignore the soft skills that keep the world going. Soft skills can include everything from empathy to communication styles, and they stand for a lot when it comes to which jobs a teenager should apply for. Taking on a job that deals with people when you don’t have the right personality will have poor results for all involved.

Most teenagers are used to working low-end jobs, likely ones where they’re given non-stop orders throughout the day or work with customers who treat them like little more than hired help. Some teenagers will have more tolerance for working with difficult personalities, and a career test may help shed some insight as to why this is or how they can harness certain soft skills to build a career.

So, someone who ranks high in empathy may want to consider a role as a social worker or therapist. Of course, there’s a flip side to these tests too, as a career quiz may also clue people into the downsides of ranking highly in any given area. For instance, empathetic people absorb the feelings of those around them, meaning it can tire them out quickly to be around too many emotional situations.

All adults can attest to the fact that no job is perfect, and this is true regardless of how much you love what you do. The idea of never having to work another day in your life once you ‘find’ your passion may sound good on a pillow or bumper sticker, but few things in life are that simple. A career test is a way for people to tease out what they can and can’t handle.

Some teenagers may learn that they have no trouble doing physical labor, as long as they’re surrounded by people they like. Others may find that they can’t function at a company if it’s disorganized and chaotic, and this is true even if the candidate is more meticulous than any of their co-workers put together. Some people must believe in the work that they’re doing, while others will be motivated more by making a living for themselves and their families.

There is no right or wrong when it comes to what people expect from the time they put in on the clock, there is only the reality of the situation. Most of these struggles are settled as people take different jobs and find out what it’s really like to work in a specific position. However, a career test can be a great place to start, so teenagers waste less time overall.

Even the most intrinsically motivated teen will crave some type of guidance. A career test can’t stand in for teachers, mentors, and parents, but it can prompt the teen to look at themselves in a new light. For instance, they might learn that they’re excellent at spatial reasoning, which prompts them to think about anything from interior design to architecture.

They might decide to open up a storage unit facility, so they can help people fit all of their possessions neatly into a space! There are so many different directions that you can take a single skill in, but it helps to know what those skills are first.

At Goodwill Industries of Monocacy Valley, our staff is privileged to help adults and students alike identify positions that will actually make them happy. When there are so many types of people in this world, a career test is a great start for anyone to start winnowing down not only what position they want, but which company (non-profit, organization, etc.) they should work at. Our career services can be the start of a much more fulfilling professional life. 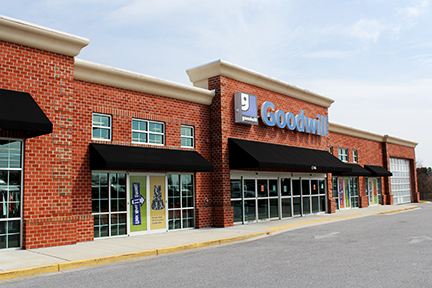 Home Organization Products That Will Help You Declutter

Clutter may seem pretty harmless in the grand scheme of things, but it might be impacting your life more than you think. Clutter practically invites dust to collect, and it’s […]

Read More - Home Organization Products That Will Help You Declutter